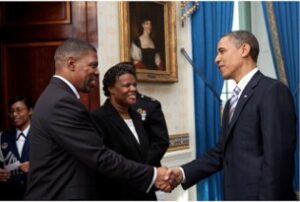 Organized on August 21, 2020, as a Delaware C Corporation, ViruTech Systems, Inc. (“ViruTech”) plans to obtain an exclusive license for the manufacture and sale of a patent-pending SARS COV-2 (“SARS Virus”) detection device (the “Device”), from TLC Millimeter Wave Products, Inc. (“TMPI”), which is a related entity. The Device uses millimeter wave (“MMW”) technology trained by artificial intelligence with the intent to instantly recognize and detect the presence of the SARS Virus in samples of selected human body fluids (e.g. mucus from nasal swabs and saliva).

Dr. Childs conceived the idea to apply MMW to detect the SARS virus. The technology is being developed by ViruTech’s licensor, TMPI. Dr. Childs is a graduate of Stanford University Research Scientist where he was awarded both his MMS degree (1985) and Ph.D. (1989) in Physics. In 1991, Dr. Childs formed his first private company after negotiating key transfers of MMW technology from Honeywell. Thereafter, Dr. Childs continued to research and advance MMW technologies and was later selected by the Pentagon’s Air Force Special Programs Office to collaborate with Lockheed Martin on discovering and implementing leading-edge MMW applications. As part of the Pentagon program Lockheed Martin transferred equipment and MMW technology to Dr. Child’s company. By 2012, Dr. Childs formed his second private company, TMPI – the licensor to ViruTech, to commercially exploit his vast body of knowledge regarding MMW technologies and their applications to multiple industries. Over a period of 30 years, Dr. Childs has been awarded multiple patents and received accolades from Presidents George H. Bush, Bill Clinton and Barack Obama for his extraordinary breakthroughs in threat detection and incoming missile defense applications.

***The Referenced Device has not been cleared or approved by the FDA and is not available for sale.***